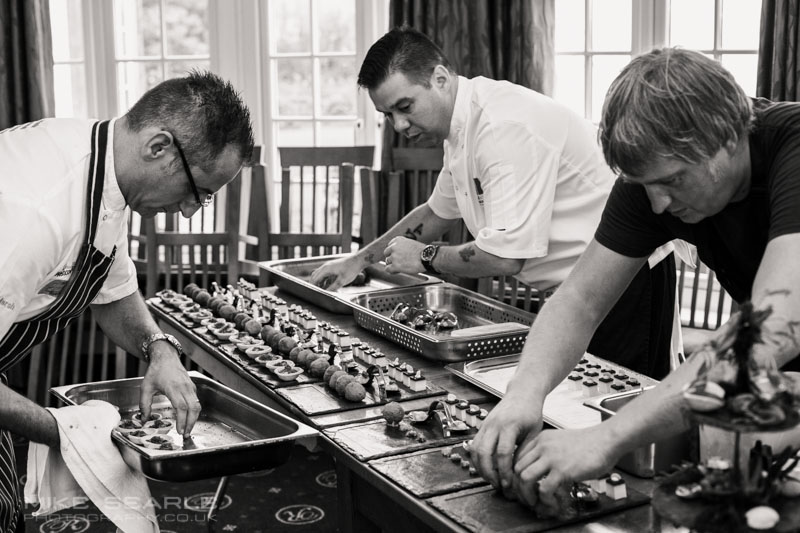 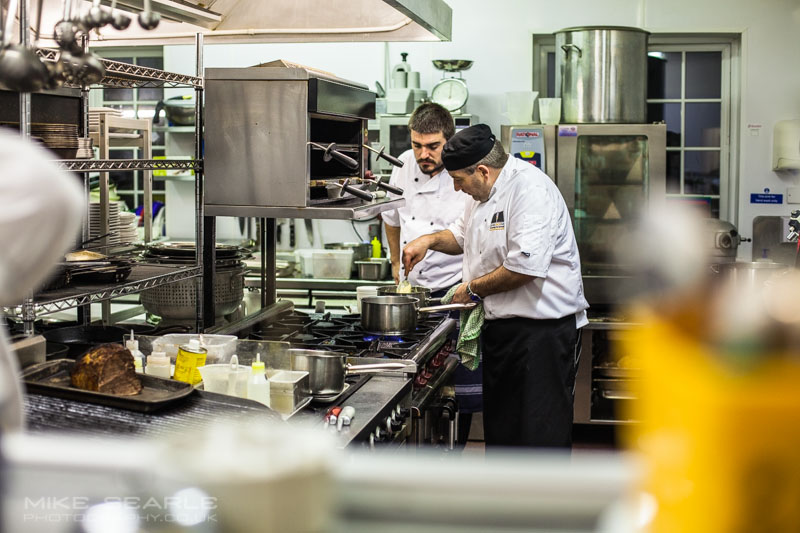 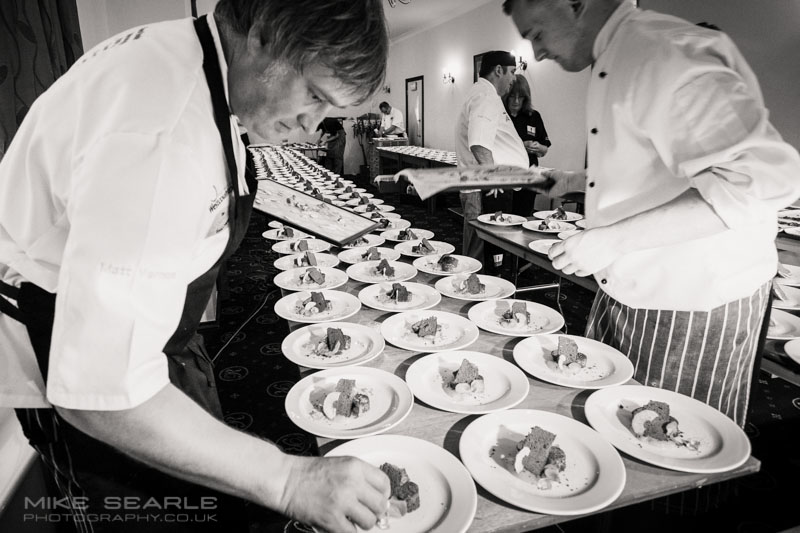 Have you ever wondered what’s happening in the kitchen at a big catered event? How do they get so many meals to so many people with the minimum of stress, hot, tasty and looking amazing.

Last October I had the privilege of going “backstage” at the first Cornish Chefs Club charity dinner at Rosewarne Manor near Hayle in Cornwall to find out and get some photos. Eight top Cornish chefs came together to raise £22,000 for charity in an event that is sure to become a regular fixture in the Cornish culinary calendar. Each chef worked on one course, so with eight amazing courses on offer the 128 guests had a real treat, well several treats really.

Chefs included Steve Marsh from the Greenbank Hotel in Falmouth, Adrian Oliver from Margot’s Bistro in Padstow, Phil Thomas from the hosts Rosewarne Manor, Ben Prior from Ben’s Cornish Kitchen in Marazion, Ken Symons from Oliver’s in Falmouth, Tom Scade from Tides in Rock, Bruce Rennie from the Gurnard’s Head, Dale McIntosh from Merchant’s Manor in Falmouth and Matt Vernon from the Mussel Shack in Falmouth.

It was fascinating watching these guys at work. Contrary to the expletive-ridden image of cheffing courtesy of the likes of Gordon Ramsey, the atmosphere in the kitchen and preparation room was serene and the small army of chefs and kitchen and waiting staff went about their jobs with composure and professionalism. There was a little bit of banter going on and not a little bit of friendly rivalry as each chef was effectively being judged by his peers.

This seemed, to me, to be most evident in the petit fours course: some for the confectionary creations were truly breathtaking. In fact the whole thing was quite theatrical, with dry ice being employed for the pre-starter: a slate tower of seafood nibbles was placed on each table, and at a given signal waiting staff poured a jug of dry ice into a mussel shell on the top level to create a misty visual treat as well as one for the taste buds. When the brought out blow torches to cook the mackerel fillets I was astounded. I felt like applauding.

When Ben Prior’s main course was being served the amount of concentration in the room was intense: twelve plates were placed under the hot lights and each item on the late had to be placed in the right place and sent out hot. Ben gave his orders: “splodge goes there, spinach underneath, fillet there, crackling on top.” That was it, nine chefs set to work (see the main image) and 20 minutes later 128 plates had been sent out, each looking pretty much identical.

The chefs loved it when one of the waiting staff came back and reported a compliment, so next time you enjoy a meal out, don’t forget to send your “compliments to the chef!”.

Thanks to Ben Stevens of Delicate Trade for inviting me. You can find out more about the chefs here.

Click here to see the full set of images.