HOW TO COOK AND SHOOT CHERRY COMPOTE

Mike Searle
on July 22, 2012 at 4:39 pm
It’s cherry picking time in Cornwall and I decided to search the internet for a cherry recipe I could use to practice my food photography skills. That makes it sound like I have an orchard. Sadly no, but I do have a lovely Morello cherry tree in my garden, and although it’s been there six or seven years it was only last year that I did anything with the fruit. It was a bumper year last year and I harvested enough fruit for six jars of jam and two bottles of cherry brandy.

However, this year I discovered why there aren’t, as far as I know, any cherry orchards in Cornwall: half my crop was blown off in the high winds and bad weather. There were still a good few cherries left though and by the middle of July they were ripening quickly, and when I  saw a couple of starlings pecking at them I thought I should get my skates on and get picking.

These being sour cherries they are too tart for eating straight off the tree, so I had a trawl round the internet for some recipes and came across one for an Italian cherry compote called Amarenata over on a food blog called Chocolatechillimango. It’s pretty easy to make and the end result is absolutely amazing on ice cream.

Unlike sweet cherries my morellos are a sumptuous red, and I had a great time, practising my macro and closeup photography skills them against various backgrounds in and around the house. I thought they would look best against a background with some green as this is red’s complementary colour, so I painted up my “tabletop” (some tongue and groove boards glued together) in turquoise to give the shots of the final dish a nice summery feel.
As I was setting up the shoot in the early evening the sun came out (a rare occurrence so far this summer!) and, as you can see from the shot above, gave me some fantastic light. I like fairly minimal propping for food photography and I love photos looking down on the dish, so this one ticks all my boxes, and I knew I had a great photo as soon as I took it. 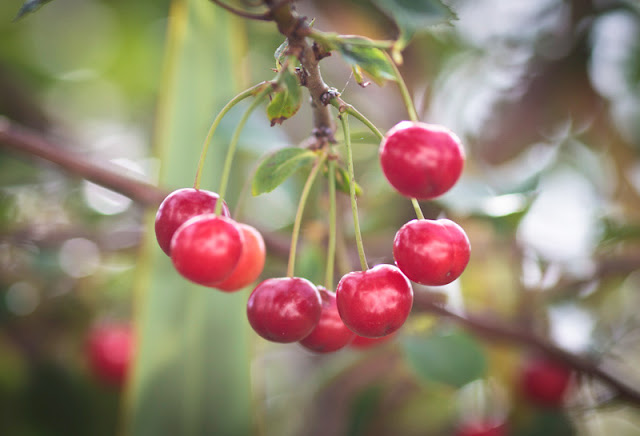 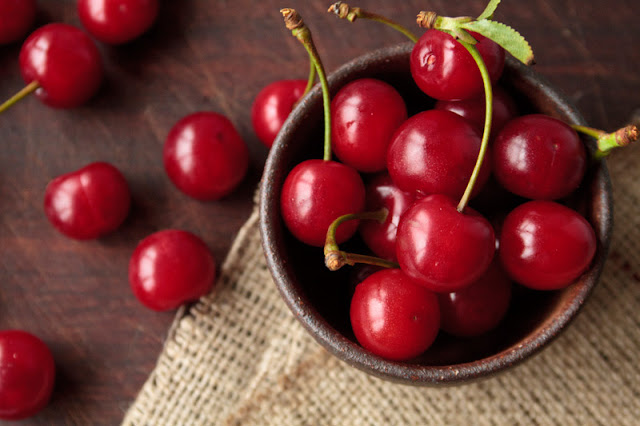 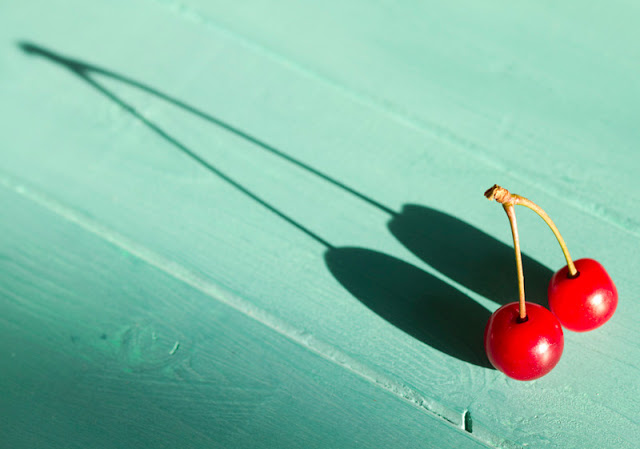 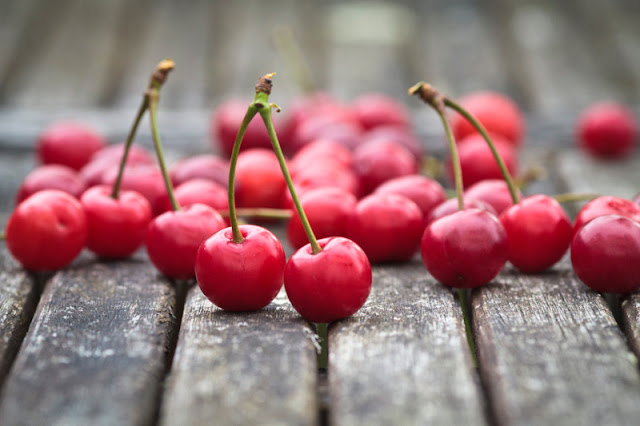