SHOOTING SPORT WITH OFF CAMERA FLASH 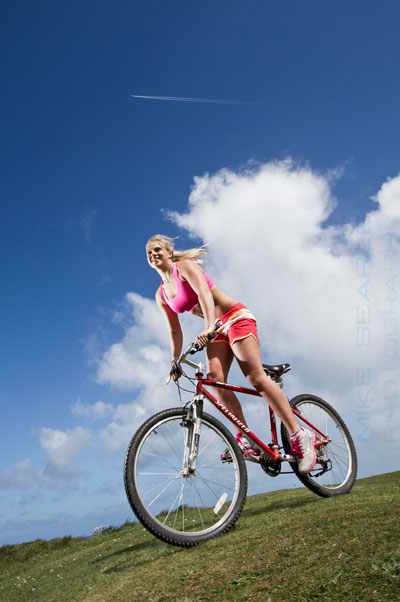 Another photo shoot for SurfGirl, this time a brief to get some photos of surfer Laura Crane jogging and cycling and generally being healthy. It was a lovely sunny day, and I chose a location on the clifftops near Newquay in Cornwall.
I decided to use off-camera flash to give a bit of drama, and set up my Sunpak on a tripod to the left of Laura (as you can see in the uncropped shot below). The Sunpak is a great strobe and is powerful enough to just about overpower the sun and is very easy to use in manual mode: it has an easy to understand analog slider on the back, you just set the aperture and ISO and it tells you the distance. I’ve never really liked my 580EX II, the controls and dial on the back seem too clunky and overcomplicated.
I tried some different angles and locations but I liked the ones shown here the best. One thing I noticed about using the flash is that because of the recycle time I had to put much more thought into each shot. I had to pre-focus on a spot and shoot as soon as (or very slightly before) Laura hit it. It was more like working with film. I also tried some shots without the flash and used the camera with a fast shutter at around 7 frames per second. I got some OK shots, but none stood out as much as these ones.
It occurred to me that digital photography does tend to make you a little lazy and over-reliant on the the technology rather than your own skill and creativity unless you’re careful. 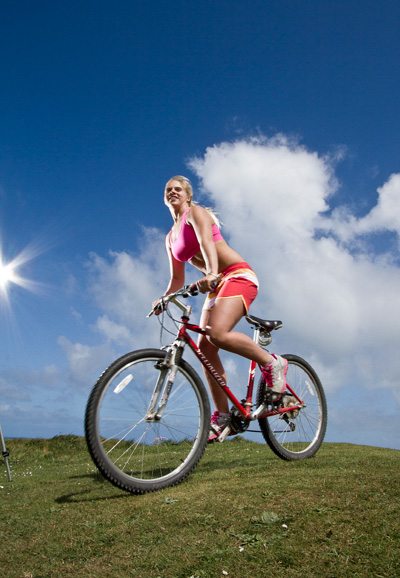 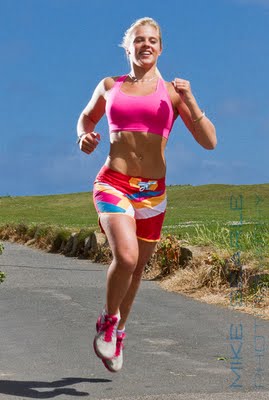