How to shoot high speed flash in the studio 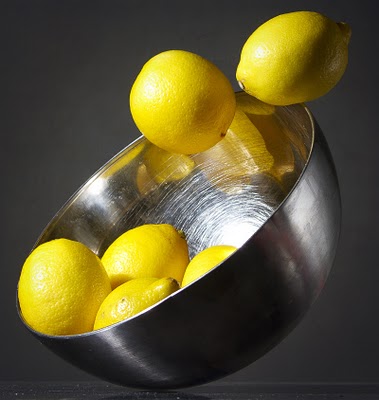 Spring arrived this weekend in Cornwall, with clear blue skies and a touch of warmth, but I felt compelled for some reason to spend about hours in the studio dropping fruit and veg into bowls. I was attempting to master high speed flash photography and get some shots for my portfolio.
I only had one flash, a Sunpak, so I taped a Bowens reflector to it and set it up camera left, and set up a silver reflector opposite, to the right of the subject. I set the flash to manual and put it on 1/64th power, but I found 1/32nd fine for freezing the action. The bowl was put on a Plexiglass sheet and I dropped the fruit myself, firing the camera (Canon 7d on a tripod) with a cable release. All a bit hit-or-miss, quite literally, but from about 50 attempts, I had a couple of keepers.
Timing is key, and it’s very hard to anticipate the significant moment, and it was hardest with dropping so many lemons and oranges at once as I was trying to get a good bounce. Dropping a single citrus fruit into one bowl was much easier, if a little messy! 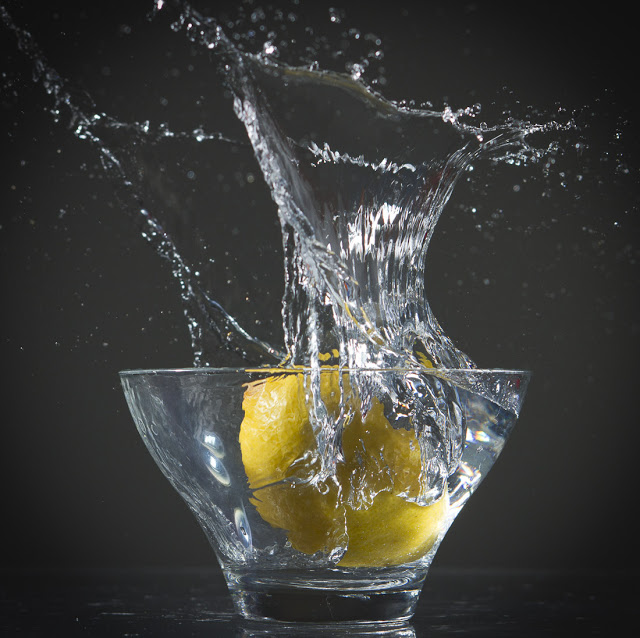 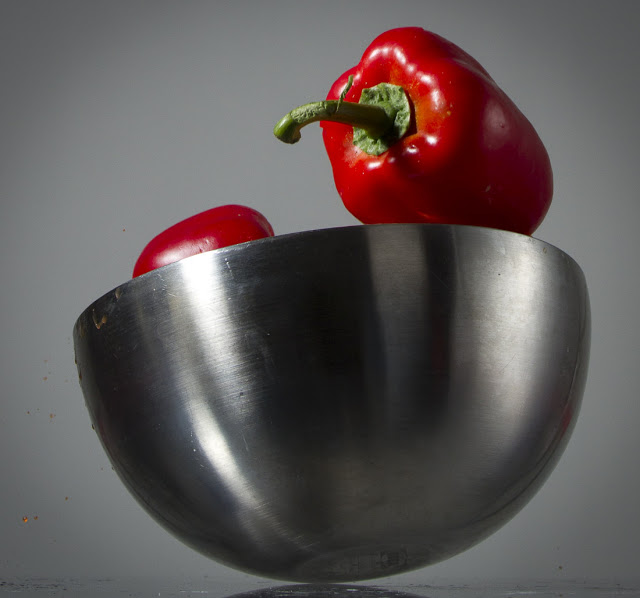 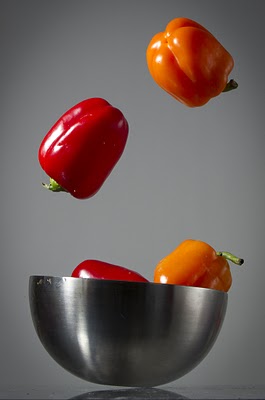 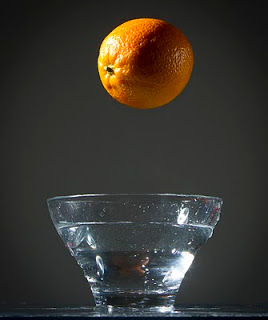